Naperville is one of the safest Chicago suburbs. Its inhabitants love spending their time in one of the three big libraries which register about a million visitors per year. Naperville is referred to as one of the suburbs with the most educated population in the Windy City and it usually ends up on the lists of the best places to live in the United States. However, their love for culture and knowledge does not end there. Naperville also hosts an Independent Film Festival, it has a Historic District, the famous Moser Tower, and Millennium Carillon. Those who have children can always visit local DuPage Children’s Museum, those enjoying nature can stroll down the Riverwalk and beach buffs have their very own Centennial Beach.

Naperville seems like a perfect suburb where everyone can find something to do and have fun according to their taste and preferences. But what happens when you need other services and activities like private transportation? Well, that is one thing in Naperville that isn’t so easy to find.

So how is a suburb inhabitant living an hour away from both O’Hare and Midway airports and just as far from Chicago downtown going to catch a plane or arrive at a meeting on time? Usually, most of the passengers from Naperville will be overcharged for a mere private transportation service that may not even be that comfortable. But if you are going to spend an hour in a car why not make it a decent one and get a chauffeur who can easily find their way out of busy Naperville and Chicago streets?

You can count on us whenever you need limo service to Chicago suburbs or neighboring cities as far away as Milwaukee. You don’t have to ask your friends and family to drive you to the airport and take time off work because we can pick you up or drop you off at O’Hare and Midway airport or any other local one like DuPage private airport.

Depending on the number of people traveling with you, you can get one of our sedans for all of your business and individual trips to Chicago downtown. You can book our SUVs for your family weekend anywhere in Illinois or for your business trips when the weather gets especially bad. When you need transportation for a larger number of people, for example in a team building, you can get one of our luxury vans.

Nobody can be a good chauffeur unless they know Chicago suburbs just as well as they know downtown and that is not always the case with private transportation providers. You can be sure that none of our drivers will ever get lost going to Naperville or any other suburb and then charge the extra miles they had to pass due to their lack of knowledge and experience. We make sure our staff is equally familiar with suburbs just as they are with central and more prominent parts of the city.

Our Naperville limo service is available for locals going to one of the Chicago airports just as much as we do for those who need to get back to the suburb from the city center, O’Hare or Midway.

We strive to provide you with superb and smooth Naperville limo service and that includes our booking, too. Just click the Book Now button on our homepage or dial our phone to reserve the vehicle that suits your needs and confirm all the details of your trip. You can pay right away with any major credit card. 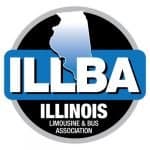 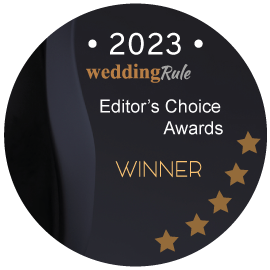